Northern Michigan’s largest waterfront resort community, located in the heart of Sleeping Bear Dunes National Lakeshore, a unit of the National Park Service. In the winter it is a full-service ski resort with downhill skiing, snowboarding, cross-country skiing, snowshoeing and ice skating.

This message is only visible to site admins
Problem displaying Facebook posts. Backup cache in use.

PPCA Error: Due to Facebook API changes it is no longer possible to display a feed from a Facebook Page you are not an admin of. The Facebook feed below is not using a valid Access Token for this Facebook page and so has stopped updating.

The Homestead is at Spa Amira.

Fall colors + local wine + a day at the spa = the best self care day ever
.
For a limited time, treat yourself to a pumpkin spice scrub & ginger root massage at Spa Amira, available now through December. Call 231-334-5253 to book your day of rest and relaxation 🎃 ... See MoreSee Less

The Homestead is at Sleeping Bear Dunes National Lakeshore.

Hello October 🍁
.
Fall is in full swing in Sleeping Bear Dunes, and our autumn bucket list wouldn't be complete without many, many strolls through the foliage. What's your favorite fall hike? ... See MoreSee Less

Autumn: where golden hour lasts all season 🌅
.
No matter the season, views from The Inn are always a dream 🌻 ... See MoreSee Less

been going up to Glen Arbor and the Homestead since 1979 and took our grandkids in 2016, 17 and 18. Alos stayed at LeBear-very nice and small-walk to everything in town Used to go up in the fall for winery visits and purchases. Always beautiful

I remember back in the day eating on the second floor of the Inn and watching the sunset. It sparked my future and cemented my retirement to Glen Arbor. Better known as Heaven.

What a gorgeous day for golf and beautiful views.

From the Ridge at The Homestead. The fall is a special season to be north in Michigan.

Best time of the year! Beautiful!

Oh my gosh! That path, the walk to the beach. How many times we walked in that exact spot. ❤

The Homestead is at Sleeping Bear Heritage Trail.

Autumn is such a special time of year along M-22. With countless trails, wineries, and beaches right in our backyard, every day is perfect for a fall adventure 🍁 ... See MoreSee Less 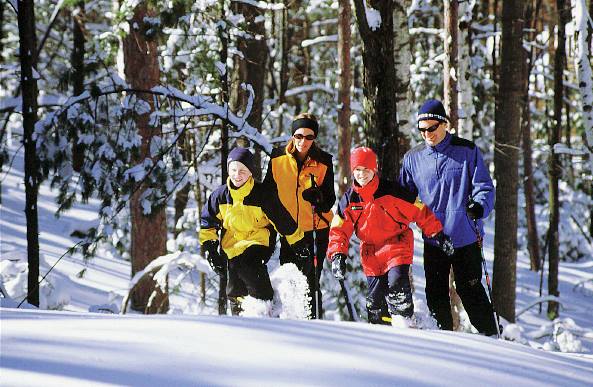 Most of all, they’ll find a breathtaking view around every bend in the trail. If you’re new to the sport, you’ll find expert instruction, quality rental equipment, and a fun way to stay fit and enjoy the beauty of winter of Northern Michigan.

Anyone who loves the great outdoors is sure to love the snowshoe trails that winds through the Sleeping Bear Dunes National Lakeshore.

One of the trails, Bay View, is just steps from the resort’s Village. There are also several other snowshoe trails just a short drive away. 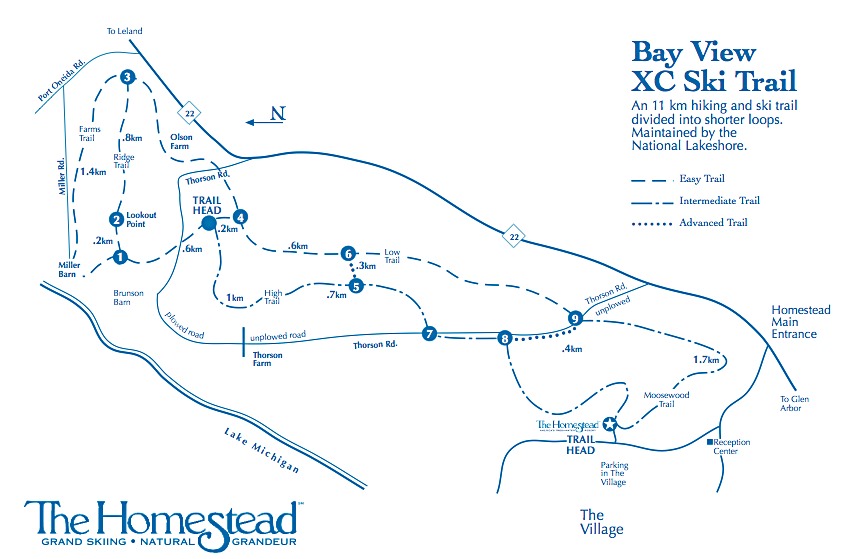 To kickoff the holiday shopping season – and to celebrate 30 great years of skiing at the only Nordic resort located in the Sleeping Bear Dunes – The Homestead has come up with a special 72-hour Black Friday deal: Book a Winter Couples Retreat package between Friday, November 29th and Sunday, December 1st and receive two complimentary lift tickets to use during your stay!

Our Winter Couples Retreat package was created with you and your special someone special in mind. You and your guest will enjoy: 2 Nights of luxurious accommodations for 2, a Mountaineer Breakfast at CQ’s Cabin each morning, dinner for two at Nonna’s, and a 60-minute Duet Massage at Spa Amira.

More News From The Homestead

Hard to imagine there’s another Michigan winter right around the corner. Yet, The Homestead is already preparing for a season-long celebration marking three decades of ski and snowboarding fun.

“Our thirtieth ski season is a special milestone,” says The Resort’s Vice President of Sales & Marketing, Jamie Jewell. “There have been many changes to the ski area at The Homestead since it opened in 1983. It’s really amazing when you look back at how modestly it all started.”

1983 — The Homestead’s ski area opened with two three-person chair lifts, one two-person chairlift and a rope (pony) tow and state-of-the-art snowmaking equipment. Lifts were carefully installed below the tree line and closer to the ground than lifts at other ski areas for the purpose of providing a secure, safe feeling for new skiers and children learning to ski.

1985 — The Homestead became the first resort in the Midwest to limit ticket sales to prevent overcrowding.

1989 — The Homestead launched its $5 ski club program, a unique season pass for locals who paid just $5 for a pass and an additional $5 every time they came to ski.

2000 — The Magic Carpet© and was installed, along with a new “Lifetime Skills Learning Center: Ski School” and Gnomes lift-ticket and rental building.

2012 — The Homestead’s Snowsports School was remodeled

The Homestead has always been a favorite winter retreat for young couples and families with children, according to Jewell. Striving to improve service for this core group of winter guests has inspired every change to the ski area over the last 30 years.

“Children who learned to ski at The Homestead thirty years ago are now parents themselves,” she says. “There are hundreds of families that grew up skiing here. And in a way, The Resort has grown up with them. Yet some things have never changed. Namely our dedication to providing a top-notch experience, which includes limited lift ticket sales so the slopes are never crowded and the best lift ticket, rental, lesson and ski packages in Northern Michigan.”

The schedule of events celebrating 30 years of skiing at The Homestead’s is already shaping up to include many events, parties and special deals, says Jewell. Already on the docket are:

* A New Year’s Eve dinner and dance party — including a cocktail reception, three-course “surf and turf” dinner, champagne toast at midnight and dancing with special musical act The Corvairs — at Mountain Flowers Lodge.

* The Homestead’s 30th Anniversary sweepstakes offering $10,000 in prizes throughout the winter season.

* Ski demo days where representatives from major ski manufacturers will be at The Homestead allowing guests to try out new, state-of-the-art equipment.

As part of its 30th Anniversary sweepstakes, The Homestead is currently running a photo contest on Facebook. Past guests who share their old ski vacation photos from The Resort get a chance to win some great prizes every month throughout the winter season. For more information on this and more 30th Anniversary events and festivals currently in the works, check out The Homestead’s website, Twitter, and Facebook pages.

More News From The Homestead